Originally built by Jordan, Darren & Neil from left over parts we had at the shop (King 2.5" IBP shocks and Currie axles off the Growler YJ) to race the 2014 King of the Hammers when Jordan was only 15-1/2 years old. Note; the Jeep still had the factory Jeep Wrangler 4.0L straight 6 cylinder engine, 3 speed Auto transmission. Jordan finished his first KOH race, that year in 4th place. 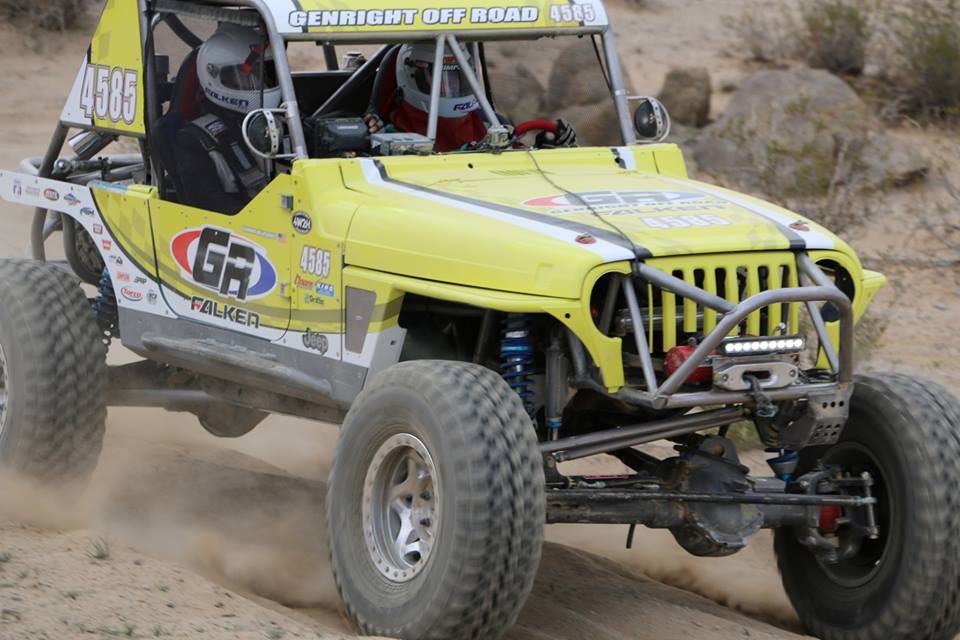 Later we fabricated some one-off parts to add more shocks, integrate in a 640HP LS3 and TH400 Transmission. These improvements worked so well, it later became today's Tracer Suspension System. 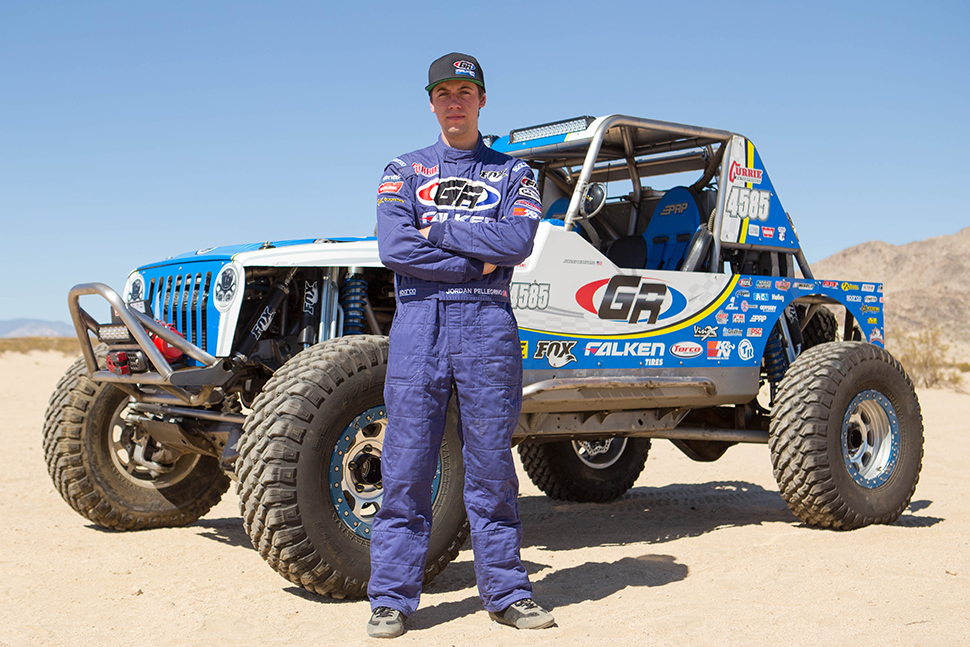 Jordan dominated the Ultra4 and Nor Cal Rock racing series. The Jeep was so fast, he was often on the pole for the start and faster than most 4400 race cars. 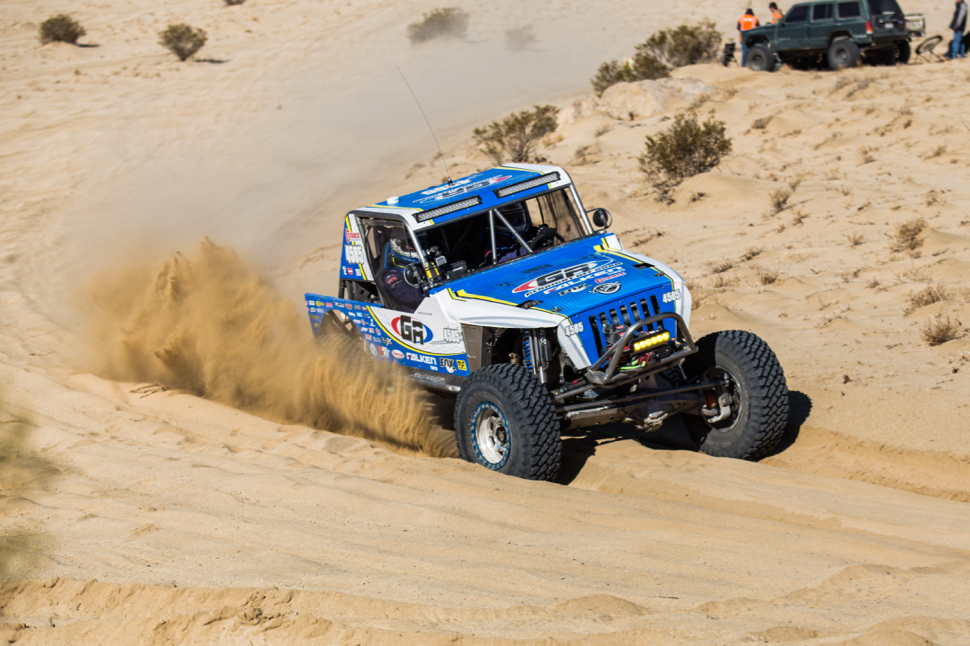 Pictured here durning the 2016 King of the Hammers. 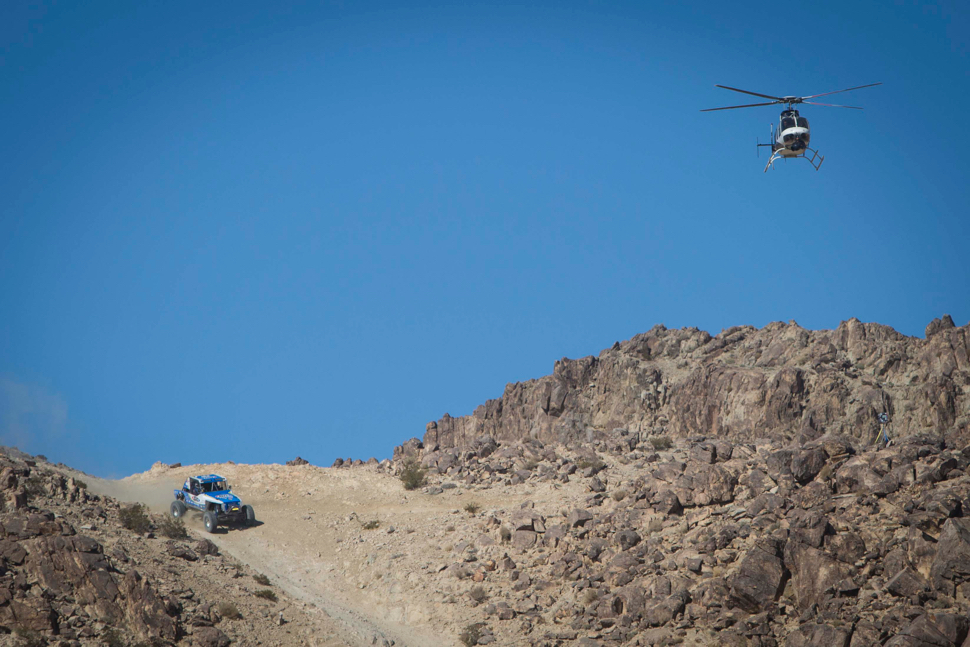 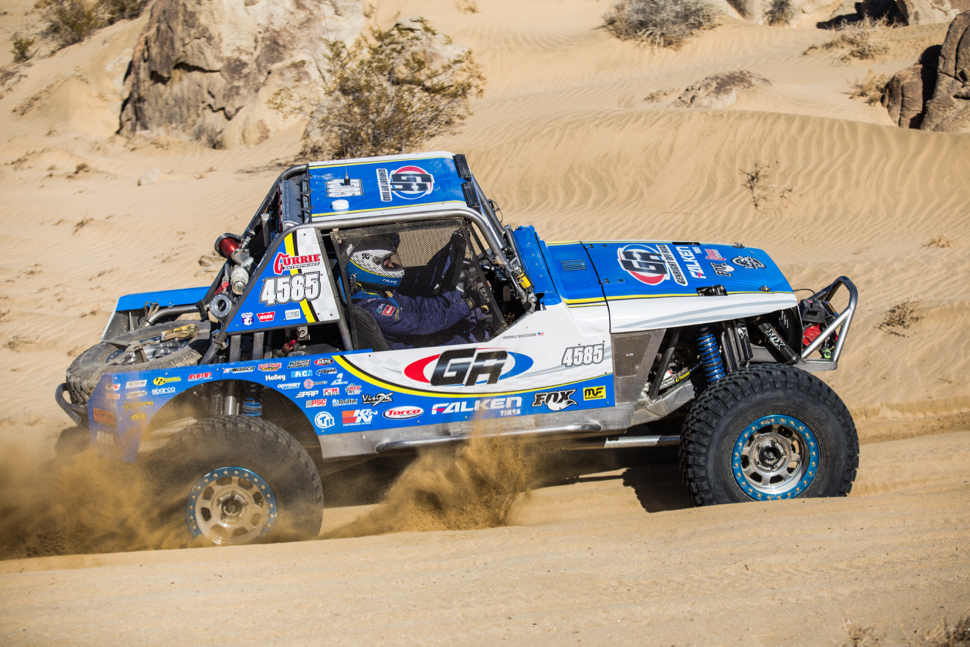 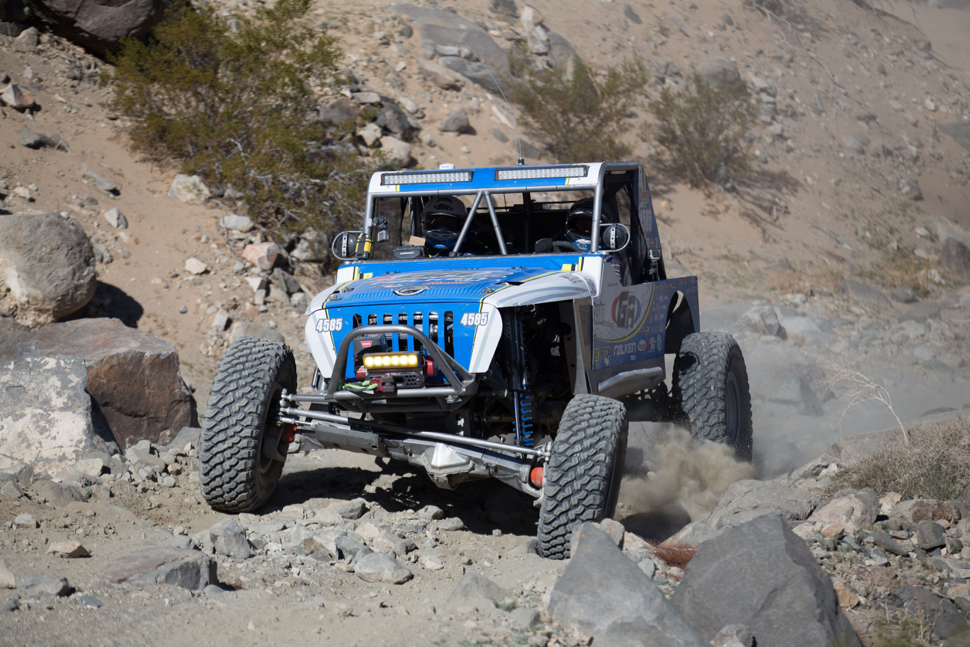 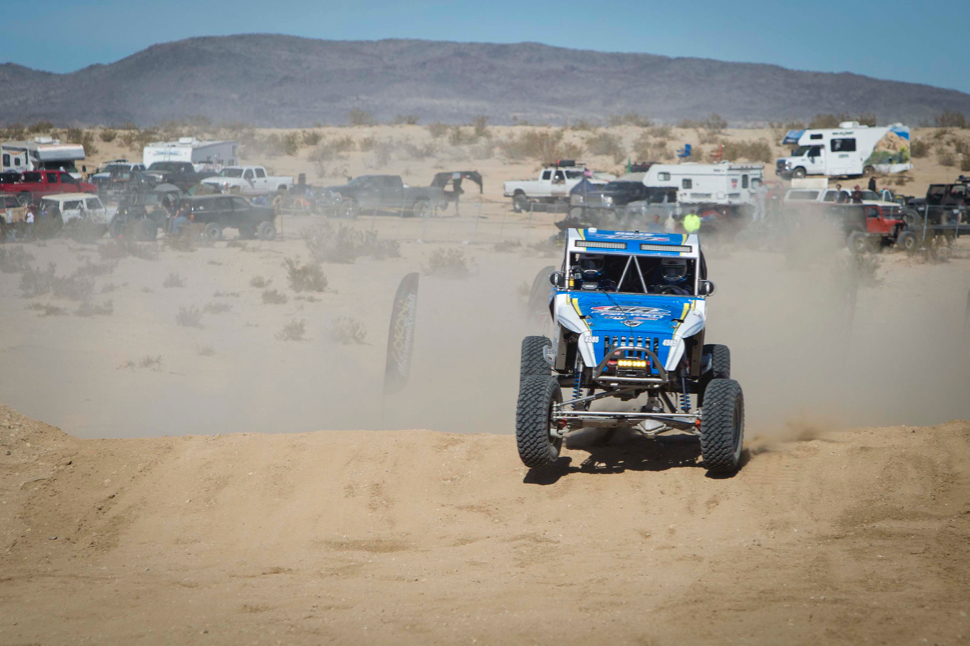 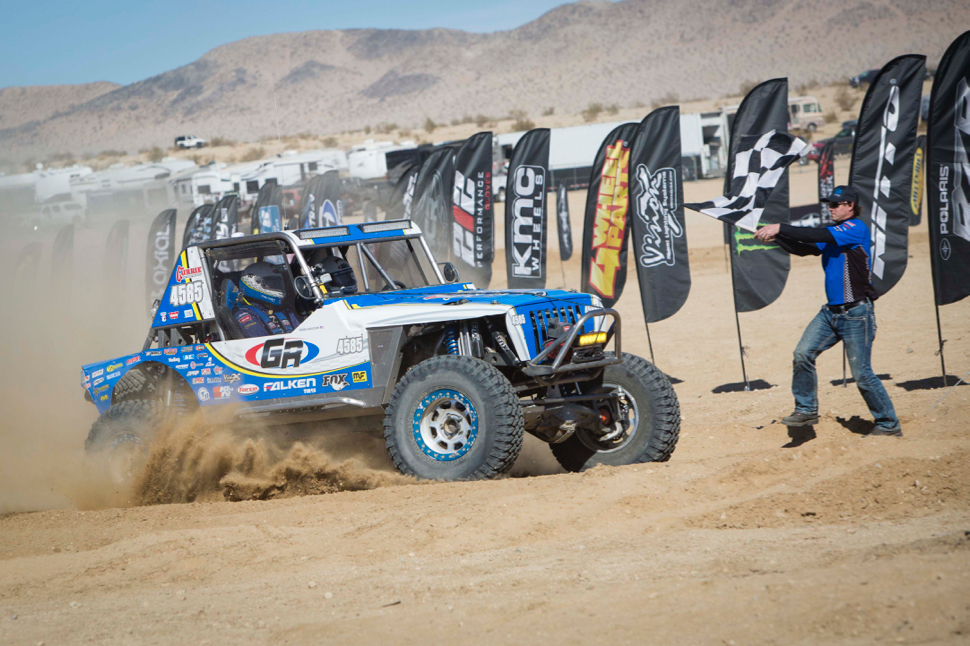 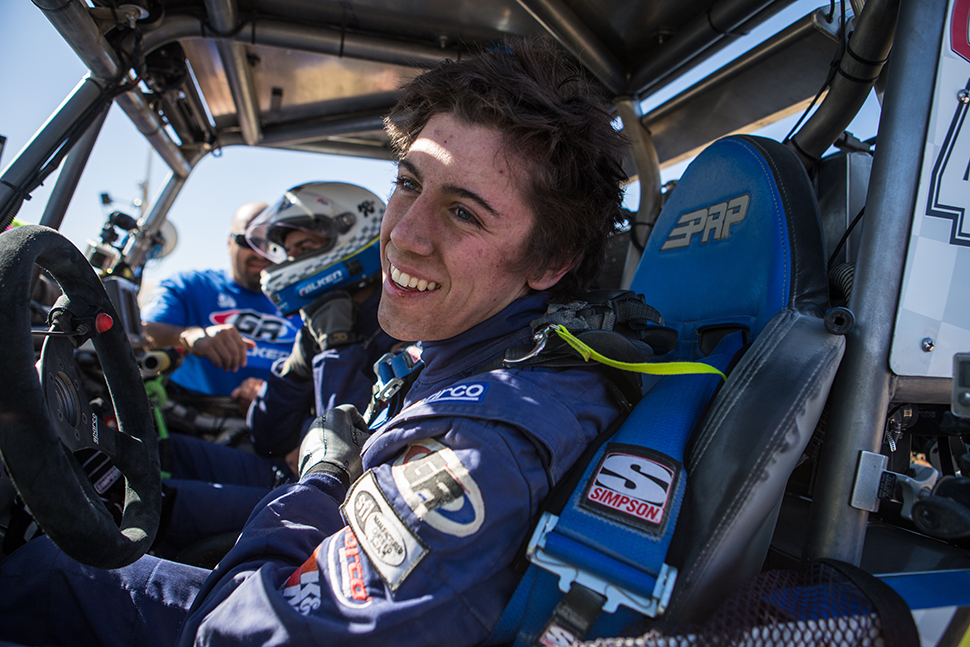 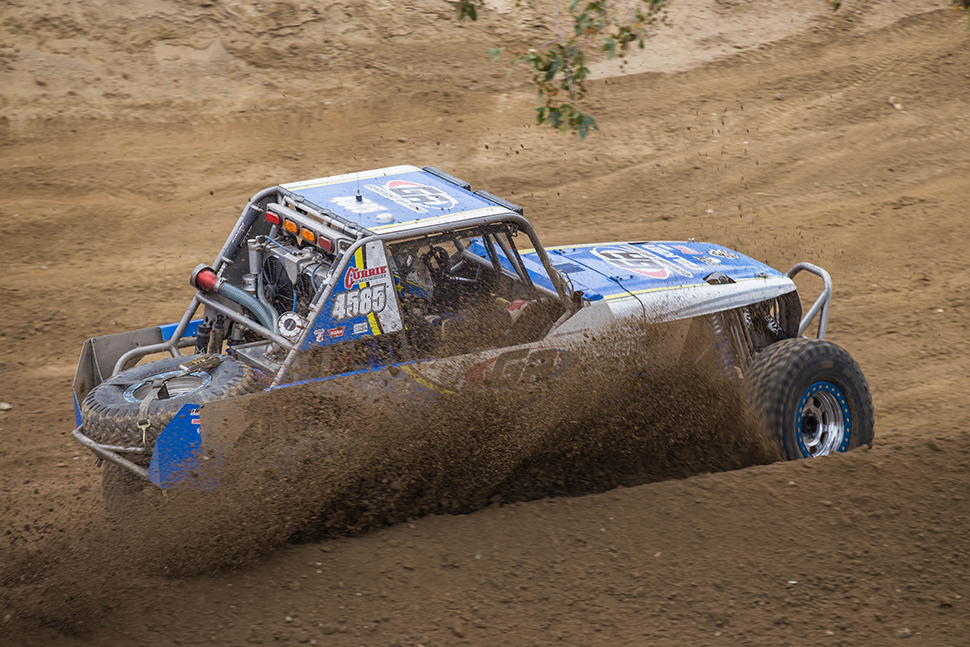 More on Jordan; He was born and raised in Southern California, he grew up in the desert riding dirt bikes since age 3 with his Dad and brother. Followed his Dad (Tony Pellegrino) all the way up into racing his first King of the Hammers at the age of 15.

His fascination of 4 wheels began at the Jim Hall Carting School at the age of 10.  It was a great way for him to learn vehicle dynamics, cornering and controlling speed.  He have rode along with his Dad ever since he was 4 from local Jeep events all the way to wheeling events on the east coast.

Jordan graduated high school in June of 2016 and enrolled in "The Fab School" 1 week later (which is a fabrication trade school here in Southern California).  While in school, he would still work on his race vehicle, or his personal daily driver Off-road truck.

He has a burning passion for Off-roading and racing (like his Dad) and aspires to be in Big 4400 Class by 2018. To see Jordan's current Ultra4 racer, click here.